Please support this site & my other blogs/websites.

I felt inspired to create this page honoring my “ancestors.” It is my belief that I was born into members of my soul family, who now passed, still support my spiritual life. I did not even know all these individuals in this life, but still feel a strong connection to their souls.

MY MOTHER DORIS – She was my Light Companion for 44 years. We lived together all that time. I was born her only child, when she was 45. My dear father transitioned when he was 47. Without my mother by my side for 44 years, I would not have been able to create the volume of work during those years which I did. She was my Light Companion, care taker (during much illness) and secretary.

This photograph of her was taken circa 1918. She would create costumes for herself and her friends and then pose them and herself for mystical pictures.

My Maternal Grandparents – Frank and Eula. They were both very vibrant people, but my grandmother was indeed a mystic. I have an old scrapbook of hers in which she collected clippings from newspapers on many esoterica and supernatural phenomena. She told my mother about various mystical experiences and dreams she had.

The Three Brothers – while I cannot call them “mystics” they were incredible beings in their own right. My Grandfather Frank in the center.

I knew my gandmother, but my grandfather died not long before I was born. Nor did I know his brothers or my Aunt Louis. Still, even as a child I always felt I knew them.

Tom, My Father – He was a sensitive and loving soul. He believed in my mother’s insights. She could tell the sex of a baby before it was born. He wanted a little girl so badly and begged her to tell him if I would be one. She knew I would be a girl, but wouldn’t tell him, as if she was wrong, he may be too disapointed and not initially accept his son as deeply as he would have otherwise. 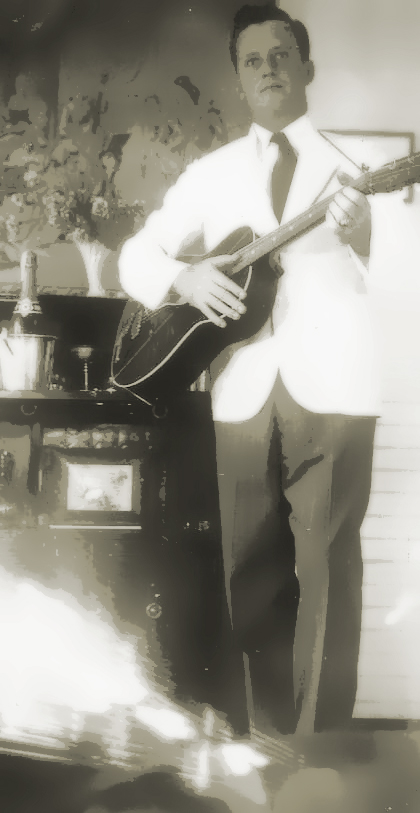